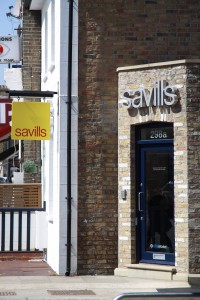 The difference that is Savills SW14

Hardly a day goes by without news about property hitting the press. You might, for example, have seen recently that East Sheen is now a member of the 21-strong Golden Postcode Club since so many properties are now valued at in excess of £1 million.

The increasing popularity of SW14 and the rising value of its properties may well explain the recent influx of estate agents, including Savills.

As a well-known and long-established business itself, it seems fitting that Savills occupies a site that was once home to a local business that’s been going since 1850 and that many of us will remember – Vine Chimney Sweep.

Despite being new to the area, Savills Head Office was sure to secure good local knowledge in the shape of Michael Randall, who you may well know. Michael has worked as an estate agent since 1997 and knows this area like the back of his hand. 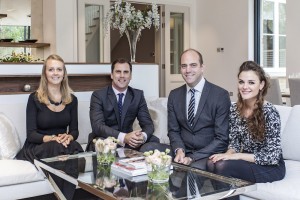 “In fact,” he says, “I have been here long enough to have sold some properties several times over. There can’t be too many that I haven’t set foot in at some point!”

Michael was delighted to be asked by Savills to set up the new office, which opened in November 2014, and to become part of a wider network whilst still having a good deal of autonomy.

“It’s brilliant to be part of an international organisation that is so well structured, supportive and professional but that understands that each area is unique and should be run accordingly.”

One entrepreneurial step Savills East Sheen has taken is to team up with Alan who runs the Café Bar at Mortlake Station. Together they have been giving out coffees and pastries to – quite literally – thousands of commuters on Monday mornings. This was an inspired way of letting people know that Savills had arrived in SW14, of connecting and reconnecting with residents, building awareness and supporting a great local business. 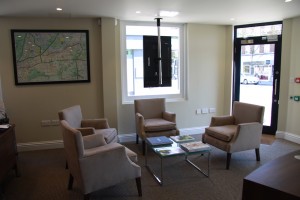 With so many years’ experience under his belt, Michael is passionate about customer service and has handpicked a team that holds the same values and has strong experience and local knowledge. They are Jasper Colliver, Julia Lee, Flo Heath and Jen Ranger.  When you book a viewing or appointment they will send you a CV card of the person who you’ll be meeting so that you know something about them in advance.

“It’s a good ice-breaker and it’s also reassuring to know what the person you’ll be meeting looks like, especially since so many appointments are now made over the phone or online.”

So, what is the Savills difference?  Michael says that there are a number of factors that combine to set Savills apart.

“First and foremost, this is a service industry. We want our customers to return but can only achieve that loyalty through offering a professional, collaborative experience and delivering on our promises. That’s why we make sure that we are realistic, honest and open from the start.” 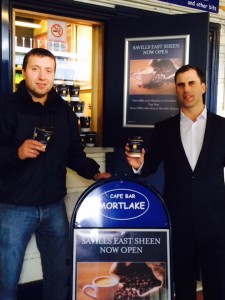 If it’s true that you get what you pay for, then Savills is a good example: high calibre, well trained agents (continuous professional development and updates on changes at HMRC and in compliance are very much a part of the fabric), an internationally recognised brand, an excellent website and extensive global database, strong PR and marketing and the benefits of a large research department providing up-to-the-minute market intelligence.

In addition, you will find the approach positive and refreshing. Savills will do what it takes to make sure that they deliver on expectations. That’s why things such as up-front advice about how to make your home attractive to buyers are important.

“Sometimes we have to look at a problem from a fresh angle,” says Michael. “For example, there was a property by the river that had failed to sell through other agents. We thought that the asking price was a bit low, marketed it at a higher price and sold it very quickly, to our client’s delight.”

Given that the majority of sales this year have set records for their roads, it would seem that Savills’s approach is working well. So, what is the biggest challenge for them?

“Whilst most people think Savills only markets high-end properties, that’s not the case,” says Michael. “However large or small your property, the same skills apply in selling it on your behalf and we will work just as hard. The buyers on our database have varied motivations and may as easily be downsizing or purchasing for investment as upsizing or moving out from central London.”

As their brochure says, “Savills only concentrates on one type of property. Yours.”