Dogs aren’t daft when it comes to sniffing out a biscuit or some other treat. After all, the canine nose is over 1,000 times more efficient than the human schnozzle! 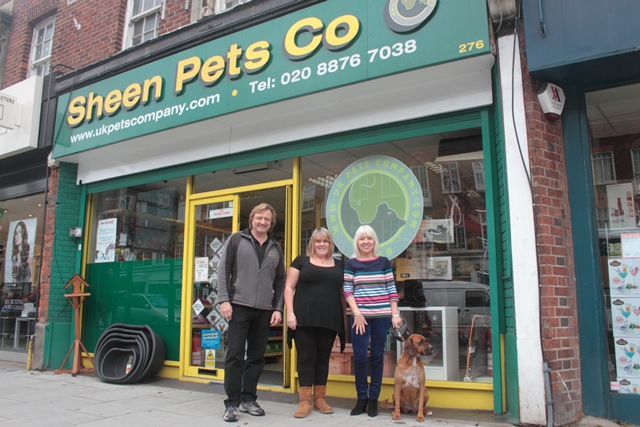 That’s why when out walking on the Upper Richmond Road with their owners, dogs just follow their noses straight to the door of – in their view – the best shop in the neighbourhood, Sheen Pets.

“Customers tell us that their dogs just won’t walk past our shop,” said owner Russell Winterborne. “We are their sweet shop and they want to come inside for a treat.”

Russell operates three pet shops in West London – at Sheen, Richmond and Kew – and it’s the same story with each. One local dog just sits down and refuses to move outside the Richmond shop until he gets a biscuit.

“Russell knows how to keep his customers happy because he’s been in the trade for a long time. His father opened a pet shop in Willesden in 1962 and Russell started helping out in his spare time from the age of eight.

“We wore white overalls then and they only had an adult size which I wore with the sleeves rolled up,” he laughed.

But after he left school, Russell tried his hand at a number of jobs, including a spell at Hambros Bank at Blackfriars Bridge, and five years in South Africa with NedEquity Bank.

Then one day his dad phoned up and asked him to come back to England and take over the shop in Willesden so he could retire. Russell agreed and within two week of his return his dad flew off to the sunshine.

“It wasn’t a problem because I knew the business,” he said.

Since then Russell has devoted himself to expansion and making sure his pet shops run efficiently and offer a good service. He bought Sheen Pets in 2001 and has since moved once, just across the Upper Richmond Road, into larger premises.

“I wish we had an even bigger shop so we could offer more stock to our customers,” he said. “People are brought up with superstores nowadays so we independents have to try and keep up. If people want to buy something, they want it now, they don’t want to have to wait for it.” 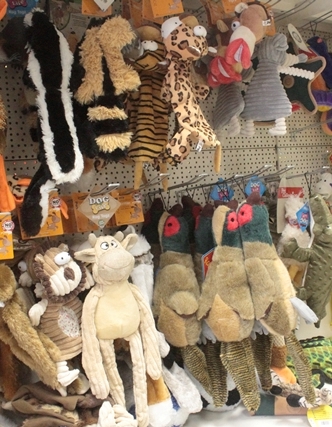 That said, special orders are taken daily albeit an enormous amount of stock lining the shelves in Sheen Pets. His biggest trade is looking after dogs, with products ranging from every kind of food imaginable, to hundreds of collars, leads, muzzles, training equipment, and comfy beds.  He even sells soft toys for dogs to play with, including tigers, monkeys, animals that squeak, and most with no stuffing so there is no mess when they get ripped by over-excited pets.

As well as a big selection of pet carriers of all kinds for dogs, cats, and other small animals, ranging from basic boxes to a very luxurious carrier for a cat or small dog which looks like an expensive handbag and is priced at £72.48.

At the rear of the shop are housed live hamsters, rabbits and birds, including canaries and zebra finches, as well as tanks of tropical fish like Calico Fantails at £4.99 each, Red Comets £2.99, and Black Moors £4.99.

But Russell’s own favourites are exotics pets like African pygmy hedgehogs, which are easy to keep, chinchillas, chipmunks, spiders, scorpions, stick insects, and poison dart frogs.

“We don’t keep these animals in the shop but we can supply them,” he said.  Two recent requests were for an African land snail – which is as big as a small football – and an ant colony.

Russell and his wife Carol, who also helps out in the shop, have their own pets, Myrtle, a Boxer cross, and two cats, Vienna and Arthur, so looking after animals is second nature to them.