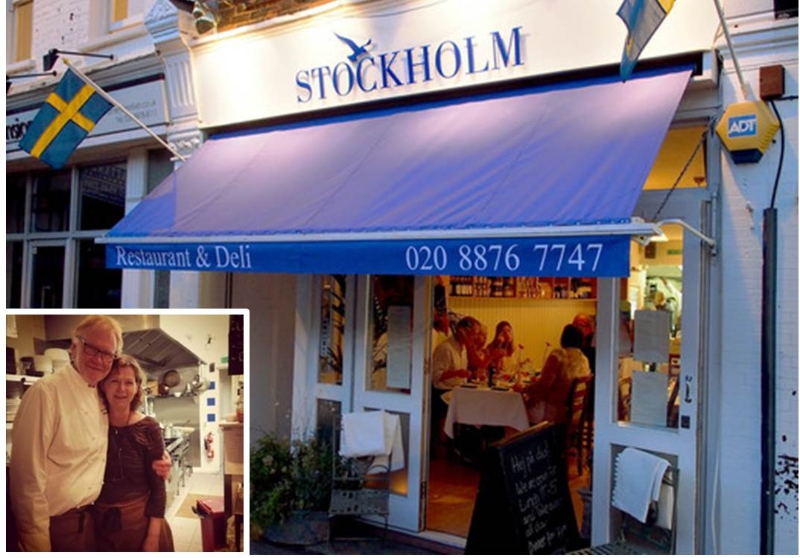 Owned and run by Swedes, Göran Landh and his partner Majvor Darnton, and offering authentic homemade Swedish meals and food, Stockholm has rightly become a place of pilgrimage for fellow Scandis from all over London seeking a taste of home.

But Göran and Majvor are also anxious for the rest of us to enjoy the good food they prepare as well. For example, the pickled herrings which are served as a starter with a small piece of Västerbotten cheese just melt in the mouth, as testified by “rave reviews” from satisfied customers on Trip Advisor.

No surprise really because this delicacy, like all the other ingredients in this small restaurant in Sheen Lane, is imported directly from Sweden. Delicious treats include Gravlax, cured salmon served with mustard and dill sauce on toast, and exotic dishes like reindeer burgers at lunchtime.

“What we offer is difficult to obtain elsewhere in London,” says Göran, the friendly patron and chef who ran a very successful restaurant business in the Swedish capital before moving to London four years ago. “I think we are the only place offering traditional, home-cooked Swedish food.” 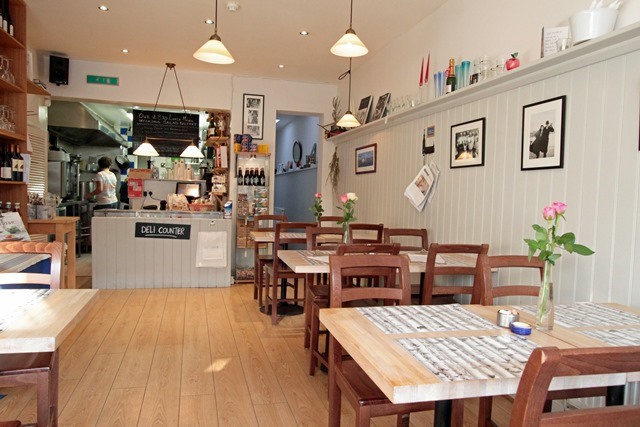 As to be expected, the restaurant oozes Scandinavian charm and style, even including a rustic wall panel of silver birch logs artfully designed to remind any Swede of home.

“We brought them from Sweden in the back of our car,” confided Goran with a grin. “Birch trees mean so much to us, they are associated with summer, saunas, and log fires.”

The motif is continued on all the table mats which also portray birch trees. While the walls are adorned with framed old photos from Majvor’s family, including her grandmother as a girl attending a home economics class, and her great great grandfather, who was a senior policeman in Stockholm, with his family.

Opening such a specialised restaurant in a London suburb might be considered by many to be quite a gamble, but the couple did considerable research, including running a Swedish stall at Barnes Farmers’ Market for 18 months, before taking the plunge.

“We discovered that a lot of Swedish people live in this area, from Putney through to Richmond, partly attracted by the Swedish School in Barnes and because this is a beautiful part of London,” said Göran.

The restaurant opened in August 2012 and has steadily built up an enviable reputation.

“It’s been quite a challenge but we are getting there, for example, our traditional Swedish Christmas buffet in December was a huge success, and our outside catering is attracting orders,” he said.

On the day we called he was preparing 70 litres of traditional yellow pea soup to be served with pancakes and jam at a lunch for London’s Viking Club to be held at the RAF Club. But in the restaurant, the firm favourites include home cured salmon, a herring platter of three kinds of herring, homemade meatballs with cream sauce, lingon and mashed potato, and grilled North Sea cod with pancetta.

The menus change daily but two other regular dishes are roast reindeer loin with Madeira sauce, and diced fillet of beef and potatoes, served with chopped onions and mustard cream. The deli counter also has meat, fish, cheese, and other items, all straight from Sweden and so tempting that many diners take home a bagful.

At a time in his life when he was hoping to take it a bit easier, Göran now finds himself very busy. He says his only regret is that he has no time for his hobby of hot air ballooning, a sport in which he became a Swedish champion in 1996.