…and with a name like that what could be more appropriate than to start the whole culinary experience with some delicious tapas?

Among the enticing tapas dishes on offer are chipotle chilli strips of beef in red wine and rosemary or lamb cubes with mint sauce. These will get your taste buds working and you’ll soon be ready to move on to more solid fare in this well-known gastro-pub in Mortlake.

Not that The Tapestry was named for its tapas but rather for a connection to the riverside area’s history when it was famous for its woven works of art sold to grace the walls of palaces and stately homes.

“This pub used to be called The Jolly Milkman but when we took over we changed the name to mark a new era,” says Jackson Fiorini who runs the premises and another pub in Kingston called The Pottery with his sister Lucia, who originally trained as a clothes designer.

The pair are hard-working Brazilians who came to Britain 20 years ago to learn English – fell in love with the place, despite the climate, and decided to stay.

Friendly Jackson reveals that his first job was washing dishes in a North London restaurant, but he always harboured a dream of opening his own business.

“I found I enjoyed cooking and working in restaurants, so after a spell running a small coffee shop, we got the chance to take over here in 2001. It was quite hard to start with because we created a totally different place, but we still maintain a bar where customers can just enjoy a drink as well as a much larger restaurant area and patio.” 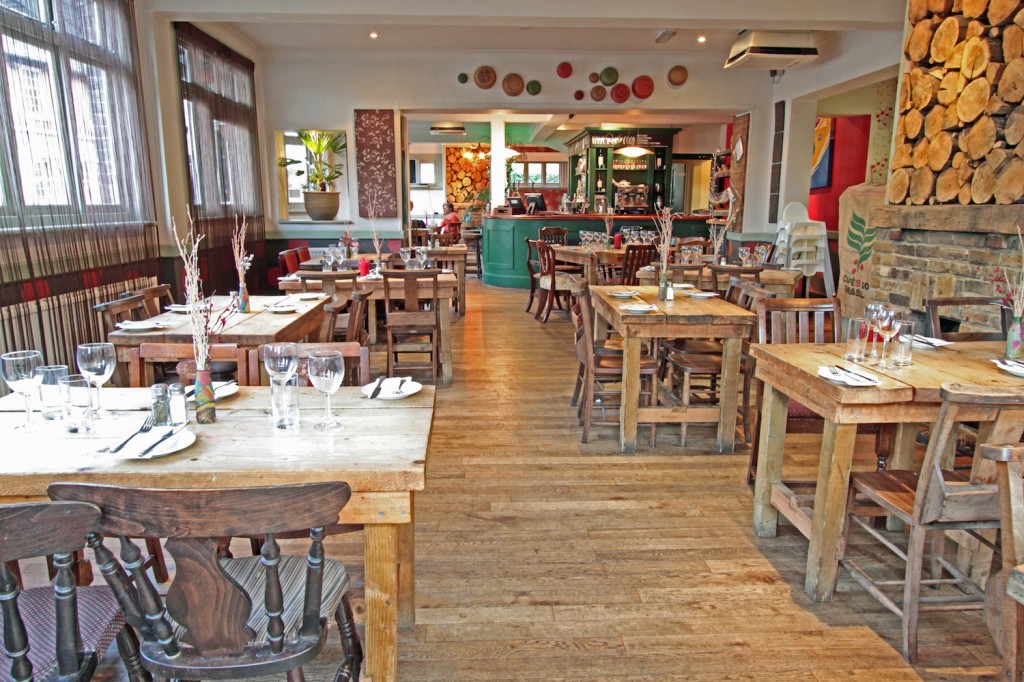 He and Lucia also had to avoid the temptation of making their menu too Brazilian for English tastes.

“It was difficult to fix the menu because in London people don’t like so much the mixture of flavours in a dish compared to Brazilians.  It took us a while to get it right, but now we serve the same food in both pubs. We are always adapting to cater for what our customers want. You have to adapt very quickly in this business or you will soon disappear.”

Their food is clearly to the taste of local residents because Jackson has also built up a flourishing outside catering branch of the business. On one recent weekend their staff catered for 150 people at a boathouse party, as well as for 850 at a Kingston school Christmas Fair.

Being located on the edge of Mortlake Green and away from the busy centre of Sheen means The Tapestry has to fight hard for customers. One of the ways Jackson and Lucia do this is to organise special celebratory theme evenings. One of the most popular are the Brazilian nights when the pub dresses in green and yellow to celebrate their homeland with its culture of samba music and dance.

Traditional foods like black beans and pork stew and “Churrasco” beef skewers are served, along with caipirinha cocktails.

In addition, the pub has become a popular venue for parties and wedding receptions.  “It’s hard work but worth it in the end,” adds Jackson with a smile.