Clean Air Zone To Be Extended To East Sheen 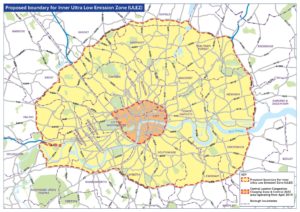 You have until the end of February to fill out Transport for London’s air quality consultation. TfL seeks residents’ views on two proposals: extending the Ultra Low Emissions Zone (ULEZ) from central London to the South Circular and introduce a daily charge of up to £300 for heavy vehicles that don’t meet the Euro 4 PM standard and emit too much pollutants.

As stated in the consultation, air pollution is one of the biggest challenges facing London, affecting the health of all Londoners. It contributes to thousands of early deaths each year and impacts our health over the course of our lives – leading to decreased lung function in our children and greater risk of dementia and strokes as we get older.

The Mayor, Sadiq Khan has already put some measures in place to control air pollution: he has introduced the T-Charge in central London, bought forward the start date of the Ultra Low Emission Zone (ULEZ) for central London to 8 April 2019 and announced a series of measures to clean up London’s bus fleet. Now TfL are consulting on detailed proposals for two further initiatives to improve London’s air. 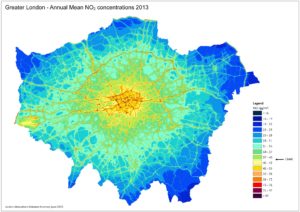 These are: introducing tougher emissions standards for the Low Emission Zone from 2020, so that they affect heavy vehicles London wide and expanding the ULEZ from central London. According to this proposal the ULEZ would be expanded up to, but not including, the North and South Circulars in 2021 for light vehicles (excluding taxis), so that all vehicles in this inner London area are subject to emissions standards.

What can you do to help reduce air pollution? Don’t drive unless you have to. Walking, cycling and taking public transport are the cleanest ways to travel. Turn off your idling engine at railway crossings and while waiting in your parked car.

Click here to read more about the consultation and submit your views.