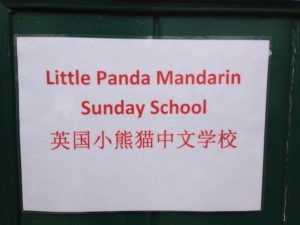 Did you know that Thomson House School’s converted church building on Vernon Road is home to lots of different classes? Your child can learn Mandarin, Spanish, take drama lessons and receive Maths and English tutoring on weekends. The building is currently home to the Russian-English bilingual nursery and school Azbuka during the week. 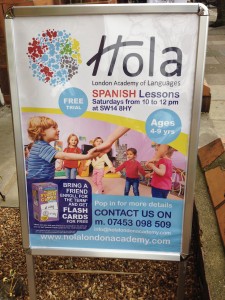 Little Panda Sunday School is the brainchild of local parents Xiaoyu Shi and Max Gold who decided to bring Mandarin classes and English Drama workshops to local children. According to their website, Mandarin classes are taught by Xiaoyu Shi, an experienced Mandarin teacher who teaches in local primary and secondary schools and gives private tuition as well. There is a beginner and an intermediate class, both are for children aged 6-10. English Drama workshops for children aged 6-9 are lead by Max Gold, a professional actor who specialises in drama coaching for young people. 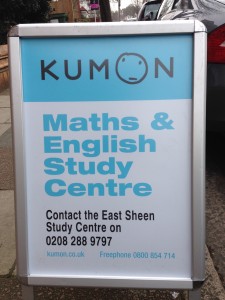 Hola London Academy of languages holds Spanish classes on Saturdays from 10am: they offer a free trial. The classes are for children aged 4-9 years. Kumon has a study centre in the building offering Maths and English tuition on Monday and Wednesday afternoons and Saturday mornings.

According to their website, the centre caters for children from as young as two, all the way through to those studying A-Levels and beyond. The instructor, Olivia Hannah, and the assistants oversee students as they complete their classwork and it is their role to support each student’s academic development alongside their study skills, posture and stamina. 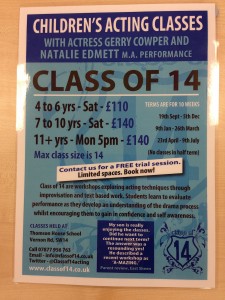 Actress Gerry Cowper and Natalie Edmett (M. A. in Performance) hold their Class of 14 drama classes at the school building on Mondays and Saturdays. Class of 14 are acting workshops exploring acting techniques through improvisation and text based work. Students learn to evaluate performance as they develop an understanding of the drama process whilst encouraging them to gain in confidence and self awareness. Classes on Saturday are for 4-6 year olds and 7-10 year olds while Monday afternoons are for children over 11.
During the week the building is home to bilingual Russian-English nursery and school Azbuka. The Ofsted registered nursery caters to children aged 2-4 providing sessional day care, using the specialist AZBUKA language immersion curriculum.  children develop and are educated in all areas of learning, acquiring Russian in the bilingual context. According to their website, the methodology is relatively new for the English education system, but is well known in many other countries. 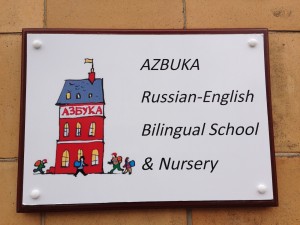 In 2011 AZBUKA Nursery became the first language immersion nursery school in the UK to be officially recognised by the Department for Education (DfE) to be working within the English legislation (Early Years Foundation Stage) for pre-school education.

The school currently has a reception class as well, following a specially designed bilingual programme. At this stage 10% of the teaching is carried out in English and 90% in Russian. In Year One the children progress to a 50-50 split between the two languages in the main subject areas. Registration has already opened for Azbuka’s Reception class and Year 1 for 2016-2017.