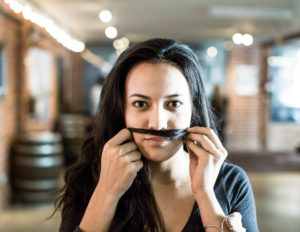 Donate to support men’s mental health in conjunction with the Movember Charity and enter the draw to win an exclusive Marta Beauty London one hour massage or facial.

In the UK one in eight men will experience mental health problems whilst the male suicide rate is a staggering  75%. The big question we are asking throughout November is what can we do to prevent these issues arising in the first place?

Marta Szreder, owner and director of Marta Beauty London, 151 Sheen Lane, SW14 decided enough was enough! She has teamed up with the Movember charity this November to raise awareness of the dangers of men not talking about how they feel.

Due to Marta’s client base largely consisting of women, she felt it was an excellent opportunity to implement a call-to-action and encourage an open approach to starting a conversation with men about their physical and mental health.

Marta said, “We all have a men in our lives who we love, whether it is a father, brother, husband, son, uncle or nephew. For too long men have avoided discussing their feelings, but we want to encourage our clients to get them talking. We are asking for a small donation to the Movember charity.“

“Congratulations to Marta for taking on this important challenge. Mental health is a growing problem across the country and among all age groups, but the statistics around mental health in the male population are truly shocking.”

Marta stated ”Unlike male fundraisers, we would rather not be committed to growing a moustache, but we are providing fake ones for effect!”

At the end of November, Marta will choose a prize winner from their fundraiser page, to receive an exclusive Marta Beauty London one hour massage or facial.