Have you ever wondered where the great features on our website come from? Who organises the interviews, who writes the words and who’s busy snapping away to get the lovely pictures of local businesses and their owners? Well, meet the team!

We are lucky to have a fabulous reporting team in Richard, Mark and Bob, three good friends who last year developed the idea of profiling East Sheen’s independent shops as a record for historians of how the high street and its shops looked in 2013-2014. Articles and images of businesses they see are published on this website under the ‘Shop Eat Enjoy’ heading, but here’s a bit about the men behind the features: 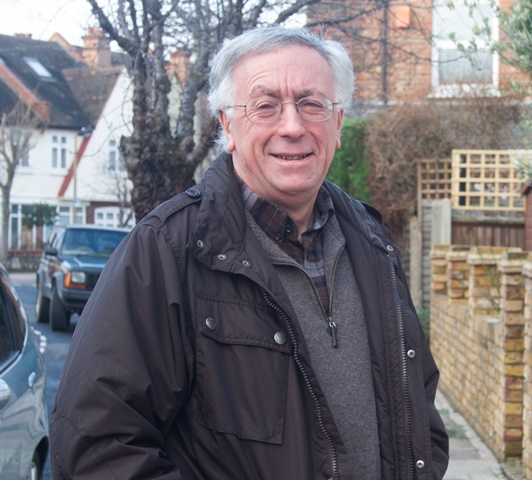 Bob Lisney has been an East sheen resident for 7 years, having moved back to London after 35 years in Winchester.

The majority of his career was spent working for Hampshire County Council where his first 15 years were as an internal management consultant concerned with organisational change.

The latter 15 years saw him as a director in the Environment Department with responsibility for natural resources. In this role he brought new approaches to the problem of dealing with domestic rubbish. He instigated and led a 14 council partnership called Project Integra which became well known in the UK and abroad for its innovative approach to the waste problem by focusing on its value rather than its problems. His team won a number of awards for innovation and achievement and Bob was awarded the OBE in 2000.

In 2003 he left the council and set up his consultancy, LRL. He met and married Penelope in 2005 and moved to East Sheen. From 2011 he decided to develop new interests both personally and for the community. He obtained a Government role as Chairman of the Advisory Committee on Packaging, became a trustee of the Public Monuments and Sculpture Association and developed his keen lifelong interest in photography. In this latter role he developed with Mark and Richard the East Sheen Heritage Project. 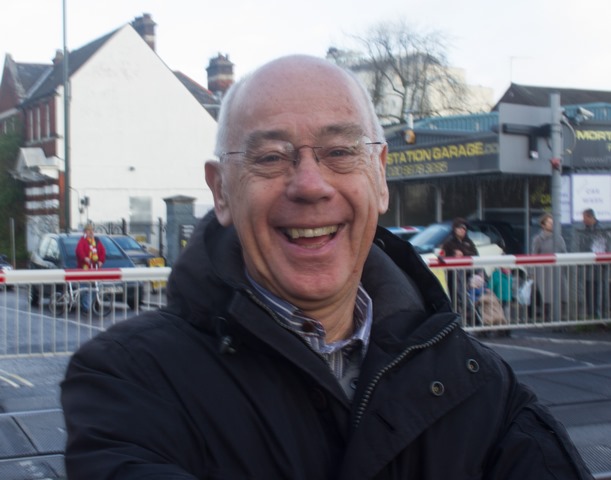 Journalist Mark Dowdney hails from Somerset but has lived in West London for almost 40 years, 25 of those in East Sheen and Mortlake.

Educated at the Cathedral School, Wells, and Durham University, he started work on a weekly paper in Blyth, Northumberland, where after a year he moved on to the Northern Echo.

Mark realised his boyhood ambition by moving to Fleet Street at the end of the Sixties where, after a short spell at the Press Association, he joined the Daily Mirror as a reporter.

A lifelong fascination with reading and writing, combined with an ingrained nosiness, led him to many parts of the world and to meet many fascinating people.

In a 32-year career at the Mirror he held a variety of posts covering education, aviation, politics, and foreign affairs.  He worked as a foreign correspondent in New York for 4 years during the time of Watergate and America’s Bi-Centenary, before returning to work in Parliament as a lobby correspondent for 7 years during Margaret Thatcher’s reign as Prime Minister.  Mark was covering the Tory conference in Brighton when the IRA blew up Thatcher’s hotel. Fortunately, he had left the premises 30 minutes before the blast.

In later years, the major events he covered included the siege of Sarajevo, the hand-over of Hong Kong, the “Rainbow election” of Nelson Mandela as South Africa’s first black president, and the election of Bill Clinton.

Mark ended his career at the Mirror as its Foreign Editor for 10 years – after surviving Robert Maxwell’s disastrous ownership of the paper. 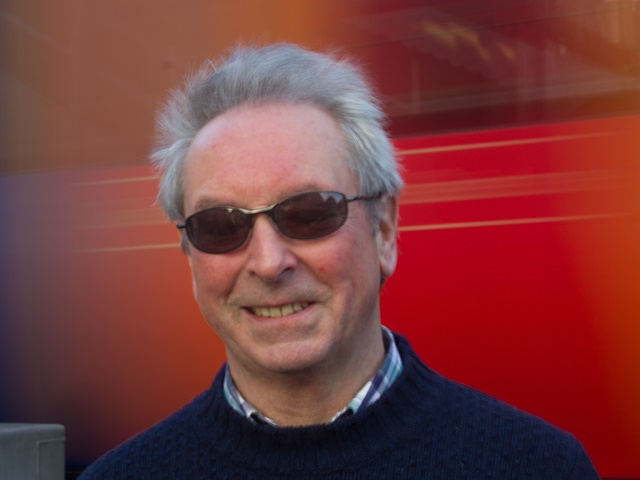 Richard Osborne is a retired solicitor who has lived with his family in East Sheen since 1997. After university he was admitted as a solicitor (by Lord Denning!) in 1973 and retired in 2011. As an assistant, associate and partner in various London firms he covered a wide range of work from criminal defence, to defamation cases and complex commercial litigation and arbitration, both UK and international, involving the London insurance and reinsurance market.

As an insurance/reinsurance lawyer he acted on behalf of Lloyd’s market agents in actions by Names who had suffered multi-million pound losses. As a defamation lawyer he acted in a high profile case involving two Newcastle nursery workers wrongly accused of child abuse and who were wholly vindicated after a trial lasting six months and for which he was nominated for human rights lawyer of the year.

Although retired, Richard has continued to represent, as a claims manager, London market reinsurers of overseas insurers. In addition to teaming up with Bob and Mark on the East Sheen Heritage Project, he has also joined a project providing literacy and numeracy skills to young offenders at Feltham YOI. In his spare time, he plays golf as a long standing member of Richmond Golf Club and has also taken up learning the classical guitar with a long suffering teacher.

We are incredibly grateful to the Heritage Team for their great features and images that provide real local interest and fascinating facts about ESV’s business community. Thank you!

Lara is co-founder of BlitzFitness; has trouble saying no to any challenge and wants physical education to carry as much weight as maths in the curriculum. As Hippocrates said - exercise is the best medicine.