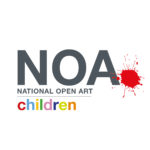 Lottie, who has won an iPad Air for herself and £700 for her school’s art department, said she created the pen-drawing of a woman with Alzheimer’s after imagining “the few distant memories a person with Alzheimer’s may still hold on to.”

She added: “I was really shocked when I found out I had won. I don’t normally win much so I am delighted I have this time.”

National Open Art is the UK’s leading independent art prize, and has been running for 21 years. It holds a children’s competition alongside its main adult competition every year. For the first time in its history, NOA is staging a full-scale children’s exhibition where Lottie’s work will be shown.

The free exhibition of 150 paintings, drawings, prints, photographs and wall-hung installations by artists aged 14 and under is showing at the Oxmarket Gallery in Chichester until 16 December

All the pieces in the exhibition have been selected by award-winning children’s books illustrator Marta Altés and National Open Art. 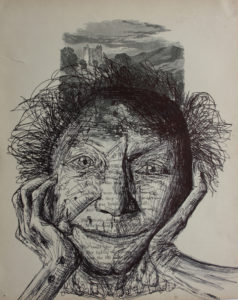 A spokesperson for Richmond Park Academy’s Creative Arts Faculty said: “We were very excited to hear about Lottie’s success in the National Open Art Children’s Competition this year. We welcome her to our school as a very accomplished artist already and are looking forward to working with her in the years to come. The Art department is keen to help Lottie to develop her creativity further for future success.”

Neil Lawson Baker, Chairman of National Open Art, said: “We are holding a full-scale Children’s Exhibition for the first time in our history because we firmly believe that encouraging creativity benefits individuals and the country in numerous ways. The Creative Industries bring the UK economy £85 billion a year, almost £10 million an hour – and it all starts with art education in school.

“The next generation is an integral part of our future and as an organisation we are passionate about encouraging creativity among them and celebrating it through the National Open Art Children’s Competition.

“It’s important to remember though that its not about winning, it’s about encouraging children to let their imaginations run free and get creative for all the benefits it brings – now and later in life.”

Bori has been a member of the ESV team since 2012. She loves long walks in Richmond Park and coffee that's not too hot to drink.