Competition from Internet companies has been hard on the High Street – and Sheen has been hit as much as anywhere else.

Shene Insurance is, for example, the sole survivor of four high street insurance firms in the community. And its current director Philip Alexander is under no illusions about the difficulty he faces in maintaining that survival.

“It’s a constant battle so we have to ensure we give proper independent advice and also good service by making the customer our Number One priority,” he says.

One thing which helps, of course, is the firm’s good reputation built up over the past 50 years. It was founded in 1959 by local insurance agent Kenneth Spratt who opened an office on the Upper Richmond Road as a way of expanding his business. 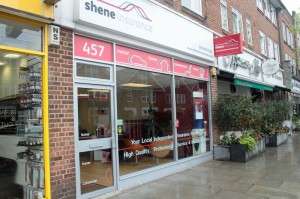 His two sons Barry and Keith succeeded him and ran the business until they retired in 2006 when they sold it to Philip and his wife Debbie.

Philip was the perfect choice as he already knew all the customers – he had worked for the firm for 24 years since joining as a 16-year-old office junior. And amazingly, the link with the past is further strengthened by Jo Meacher, one of the four staff members, who is the grand-daughter of the founder Kenneth Spratt.

“We are a family business and proud of it,” says Philip. “We deal in traditional policies for your house, car, and travel, but we also do commercial insurance for van, shops and offices as well as tradesmen’s liabilities.” 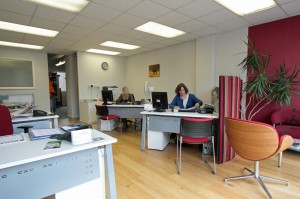 “We have the expertise to look at the details of policies so that we can make sure that what is being offered is what our customers need.”

He adds: ”The Internet has brought huge changes to the insurance market, but it has many pitfalls and does not do tailor-made policies to cover  unusual risks.

“For example, if you buy your insurance online and you tick one of the boxes wrong you can quickly come unstuck.  You can find in the event of a claim that you are not covered and it ends up costing you a lot more money.”

“Here we deal with approximately 40 insurance companies and provide independent advice, matching what the client wants to the correct policy.”

Among the more unusual things the firm has been asked to find insurance for in recent years have been street parties, concerts, and weddings which are now often insured. Another growing sector is insurance for properties owned and rented out by either local people who have made an investment in property or who are currently working overseas.  Shene Insurance has such clients in Australia, America, Japan, Hong Kong, and many other countries.

“Insurance today has become very heavily dependent on the statistics and information which the companies collect in assessing risk,” adds Philip. “This can cause unfortunate problems.  For example, one of our clients who usually pays about £600 for her car insurance and who wants to move to another part of the country to be near her son, was quoted £2000 purely because of the new address.”

It caused the client a big shock. But one thing is for sure – Shene Insurance will work hard to get her a better deal.