Escape to the Country – in the City

Living within striking distance of one of London’s most stunning parks makes the need to ‘escape to the country’ a thing of the past. Whenever the urge for open space, contemplation, exercise, splashing in a puddle or having a picnic takes you, Richmond Park is the place to go.

As London’s largest Royal Park, Richmond is a space where you can be as solitary or as sociable as you like. Whatever the weather or season, there are glorious vistas to enjoy and activities aplenty for all comers. Cyclists, from the serious Lycra-clad types to those who’ve hired a bike for a gentle jaunt, take advantage of the roads and cycle tracks. Walkers and runners – with and without canine accomplices – abound. And what a delight it is to see the horses on the bridleways and even the park’s resident Shire horses, Billy and Massey, at work pulling carts. Then of course there are the power kiters, roller skiers, rugby players, golfers… 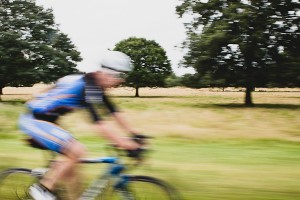 As for flora and fauna, the park’s hills, woodland gardens and grasslands, peppered with woods, copses and ancient trees, abound in wildlife. The Red and Fallow deer delight us all and if you look closely you just might come across a nationally endangered fungi or a scarce invertebrate such as the Cardinal Click beetle or the ferocious looking Stag beetle. Look out, too, for the exotic bright green (Ring-necked) parakeets, numerous other bird species and the varied waterfowl that grace the park’s ponds.

Richmond Park has been cherished and admired by locals for centuries and with good reason; it constantly delights and enriches our days.

Facts about the park