We need to slow down traffic to save lives 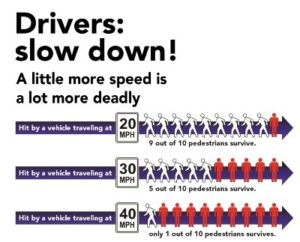 Your borough could go 20mph in September: the last council promised a consultation, and the new council has also done so, telling us it’s now due to happen in the Autumn. Lots of campaigners will tell you this is great news, and as someone who thinks we need more cycling (and safer walking), I can only agree.

Last time the council looked at 20mph, it did everything it could to prevent anywhere getting speed limits. Not only did you need to get an insane level of support far beyond the turn out in any council election, but that still wasn’t enough, because then they’d decide whether or not they were interested in doing it.

This time it’s different. Not only did the most recent Conservative leadership team endorse 20mph, but the new Liberal Democrat administration has promised a full consultation. With air quality and road safety continuously making their way up the agenda, there’s a general hope that the borough will come out in support.

While our borough has pockets of 20mph roads, this change will provide us with a complete network of lower speed areas. And there’s already lots of data to show that, even when observation of this limit is as erratic as observation of 30mph limits, our roads get safer. (Even if speeds fall by 2-3mph, that’s better for everyone. And Full Fact have this analysis, showing that 20mph does reduce casualties.

A good way to think about the borough wide approach is this: do I want lower speeds outside our schools? Do I think it should be easier to cross the road at the point where I need to? Do I think that slower traffic makes less noise than faster traffic? Do I want to discourage rat-running on residential roads? 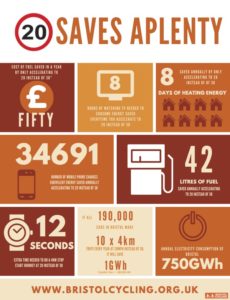 All of these things are supported by going 20mph. It won’t fix everything, but we think it’s a urgent change that’s needed to start the process of focusing our borough’s transport network on making it easier to walk around, to cycle around, and to breath easily.

Local groups will be planning campaigning to support a 20mph consultation, so if you’re able to plan a few moments to help, they’ll want to be able to leaflet schools, stations and shopping areas. It sounds like planning will happen over the summer, so do watch this space, or take a moment to drop a line to someone like Richmond Cycling Campaign, 20sPlenty Richmond, or your local community group.

Tim is the local coordinator for London Cycling Campaign, and is a campaigner for active travel (more and better walking and cycling).